I Forgot All About This Blog!

I literally forgot all about this blog. I'm going to start posting here again from time to time. I've been taking a lot of photos with my phone lately and I thought I'd share an image from a really cool filter app called Picas.

The app is free to use. The free version does have a small watermark on the bottom corner of the photo and it also has ads. A friend of mine introduced me to this app, and I immediately bought the paid version. I'll post more on this app in the future. For now, here's an image taken with the free version.

I'll be posting a lot more images from this app in the future and make sure to do a review soon.

Posted by The Blues Guitar Blog and Resources. at 3:48 PM 1 comment:

Anyone that has blogged for any length of time has come across this problem. You have a story idea but no image to go with it. Sometimes we run into this problem as photographers as well. 9 out of 10 times we will have just the image we need, but occasionally no matter how hard we search our hard drives, that perfect photo eludes us.

Posted by The Blues Guitar Blog and Resources. at 1:44 PM 9 comments:

Posted by The Blues Guitar Blog and Resources. at 1:36 PM No comments:

Can A Monkey Have Copyright ?

I thought this was an interesting take on copyright and a legal battle against wiki commons over this image.

Since I started my amateur photography hobby, I've become fascinated by copyright law. So many things I never thought about before, effect copyright. Whether you're an amateur or professional, so many factors have to be considered when profiting from a photo. For instance I never knew you needed property rights when photographing a building or property for that matter.

Then you have all the privacy issues involved in street photography, when you just randomly photograph a person on the street.  Anyway, I thought this was a cute story, and worthy of a post link here. I'm really curious to see which way the court leans. Frankly, I don't think wiki commons has a leg to stand on , but who knows.

Wikimedia, the US-based organisation behind Wikipedia, has refused a photographer’s repeated requests to remove one of his images which is used online without his permission, claiming that because a monkey pressed the shutter button it should own the copyright.

Who do you think owns the copyright ?
Posted by The Blues Guitar Blog and Resources. at 9:54 AM No comments:

Getting A Perspective On Things.

Yesterday , I quickly snapped a bunch of pictures. I needed some photos for  the Spanish learning blog. It was rather boring subject matter, and I just snapped away without adding much thought to the photos. A quick snap of a lawn mower, a wheelbarrow, I snapped a couple images of food on a grill, and didn't think twice about anything I was doing.

The photographs were taken with my phone, with very little thought to each image. The end result really showed the lack of care that went into each photo. The lighting was awful, the perspective terrible, and the overall result showed a photographer who could care less about the subject matter that was being shot.


The lawn mower shot is probably the best example of this. The image almost looks warped by the angle it was shot at. If I hadn't been so lazy and simply squatted down  for 5 seconds to get a better angle or shot perspective the image would of came out so much better. In most cases your perspective should be eye level with your subject matter. The end result should be as if you were looking straight at the object. This isn't the case with every shot, and varies with subject matter, however, a good rule of thumb is shoot at eye level for basic shots.

Another good rule of thumb would be to take multiple shots from different angles. By doing this you will always get the best angle or perspective of the subject matter that you are trying to shoot. In this case I just snapped one quick simple shot and moved on to the next item. HUGE MISTAKE!

The day was cloudy, and the lighting was not very good either. If I would have just taken a moment to adjust the brightness level on the phone, this would of certainly improved the light quality of the image and made for a much better end result. The lighting is so terrible, I couldn't even improve it in my image editing program.

The end result is of course what you see above. A bland image of a lawn mower, with poor lighting and terrible perspective. I learned from this experience, and although I went ahead and used the photographs, I know the next time I shoot some images like this I'll put a little more tlc into it.  With just a few seconds of added effort to each shot I took, the end result would of been dramatically improved.

I made these three rules to follow from here on out.
I feel that by following these 3 simple rules, even the most boring subject matter will have a much improved and a better quality end result.


Posted by The Blues Guitar Blog and Resources. at 12:35 PM No comments:

I've had a lot going on, and I think I'm going to be adding a bunch of stuff here shortly. Long story short, I've been taking a lot of pictures. Some good, some not so good, but I have been taking pictures, and of course learning.

As I stated in an earlier post, I've been putting some of my photos to use, on various websites and blogs. This has really helped me get motivated to snap more pictures.  One of the blogs is a Spanish blog, and for the Spanish blog I need to take pictures of literally everything from food, to buses, to houses and furniture. If there's a word for it, I need to take a picture of it.

Now that I've been snapping more shots with both my phone and my Nikon it's making me get a bit more creative with the types of images I'm taking, the perspective of the shot, and trying to create something a little more exciting out of somewhat boring subject matter.

This month I think I'm going to be getting back to adding some tutorials, and I'll definitely be posting some of the photographs I've been taking.
Posted by The Blues Guitar Blog and Resources. at 11:52 AM No comments:

A Rainbow In The Backyard

I was hanging out in the backyard after a rain shower and was lucky enough  to catch this. The shot is taken with my Samsung Galaxy Stratosphere II Android device. I keep saying it but, I'm really impressed with the smart phone camera. They really have come a long way. If you need a camera for a quick shot, it certainly is better than no camera at all.

I love the clouds and the blue sky. My smart phone camera captures skies better than my Nikon D3000. I used the scene mode: Autumn thinking it would bring out the colors of the Rainbow and I think it did.
Posted by The Blues Guitar Blog and Resources. at 11:01 AM No comments: 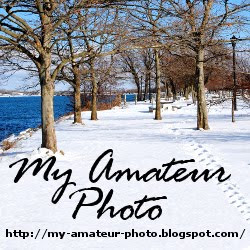